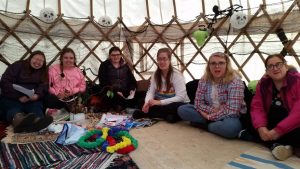 The Kippford Mermaid
A Multi-Sensory Story 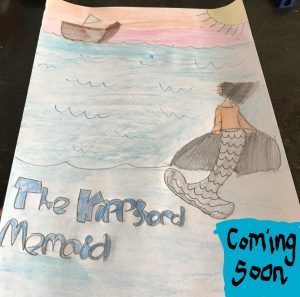 Created by The Arts End of Somewhere

1. On a cool night, a Sailor on his way back to Dalbeattie, thought he saw a seal and whistled for its attention.

2. It was not a seal but a beautiful mermaid who was in love with the Sailor!

(Pass around the mermaid doll)

3. One day, the Sailor was at sea just off the coast of Kippford and there was a terrible storm

5. The mermaid came to his rescue. He felt her long hair around him and her strong tail.

(Sand and shells in a box to smell

7. The Sailor fell in love with the mermaid and they were very happy swimming in the sea together.

8. They had many children who had black curly hair like their father and silver tails like their

9. They were so happy together.

10. Sadly, the Sailor went back to work on the sea and was in another terrible storm. He fell

overboard but the mermaid could not find him and he died.

The story of the Sailor and the mermaid became a famous story to warn other sailors to be careful at sea.